The pessimistic howl of the megalopolis, which tracks the wanderings of a tormented man in the port city of Antwerp through strongly expressionistic imagery. He can only count on the understanding of an orphan and two disillusioned women.

Seagulls Die in the Harbour [Meeuwen sterven in de haven] was the first Belgian film to be included in the official competition of the Cannes film festival.

This pessimistic urban drama, with a musical score by Jack Sels and Max Damasse, charts in strongly expressionistically lit black-and-white images the wanderings of a tormented man (played by Julien Schoenaerts) through the cosmopolitan port city of Antwerp. The only people to show him understanding are an orphan and two disillusioned women. Indebted to the poetic realism of pre-war French cinema, this combination of sultry drama and thriller emanates its own expressive strength. The intelligent use of symbols is shown in the images of desolate industrial sites, abandoned docks, grimy poor quarters and impersonally large modern buildings. 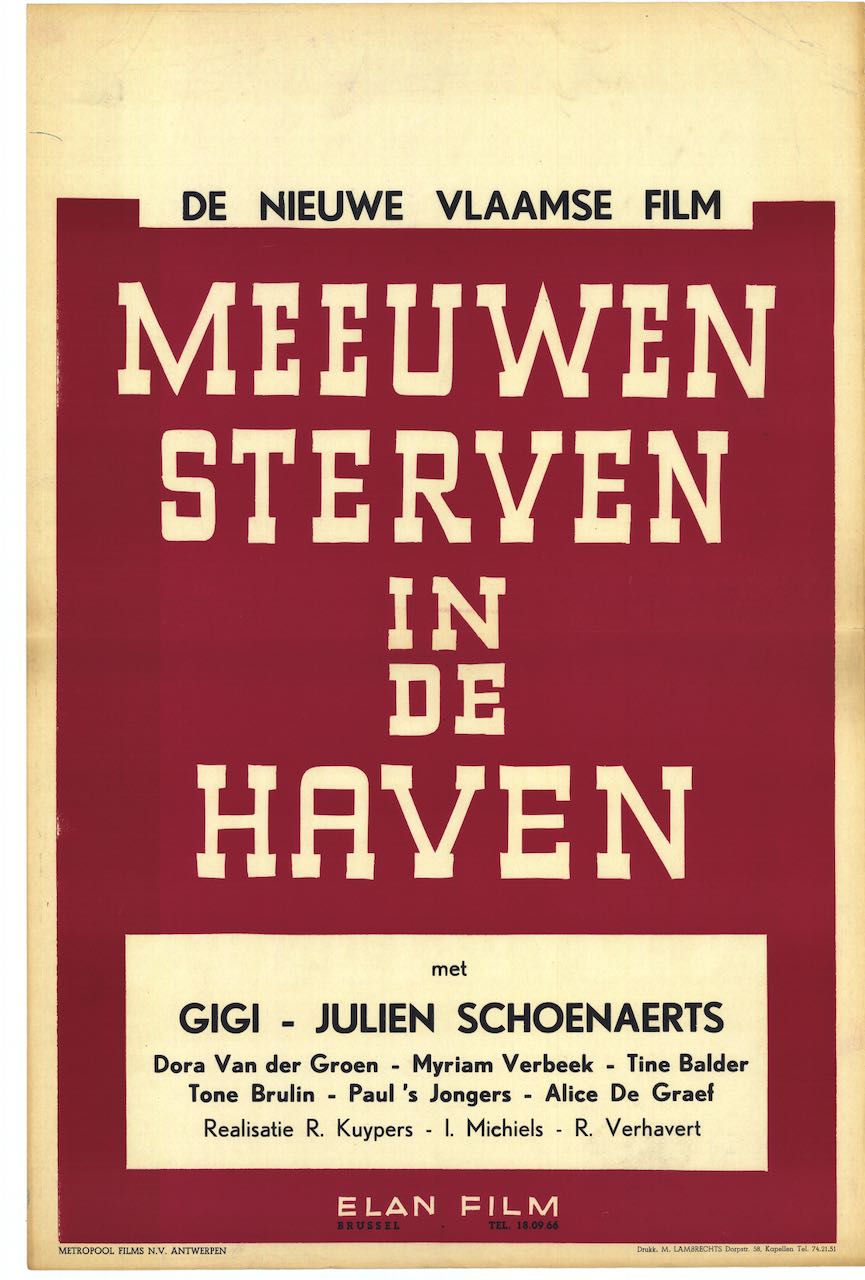