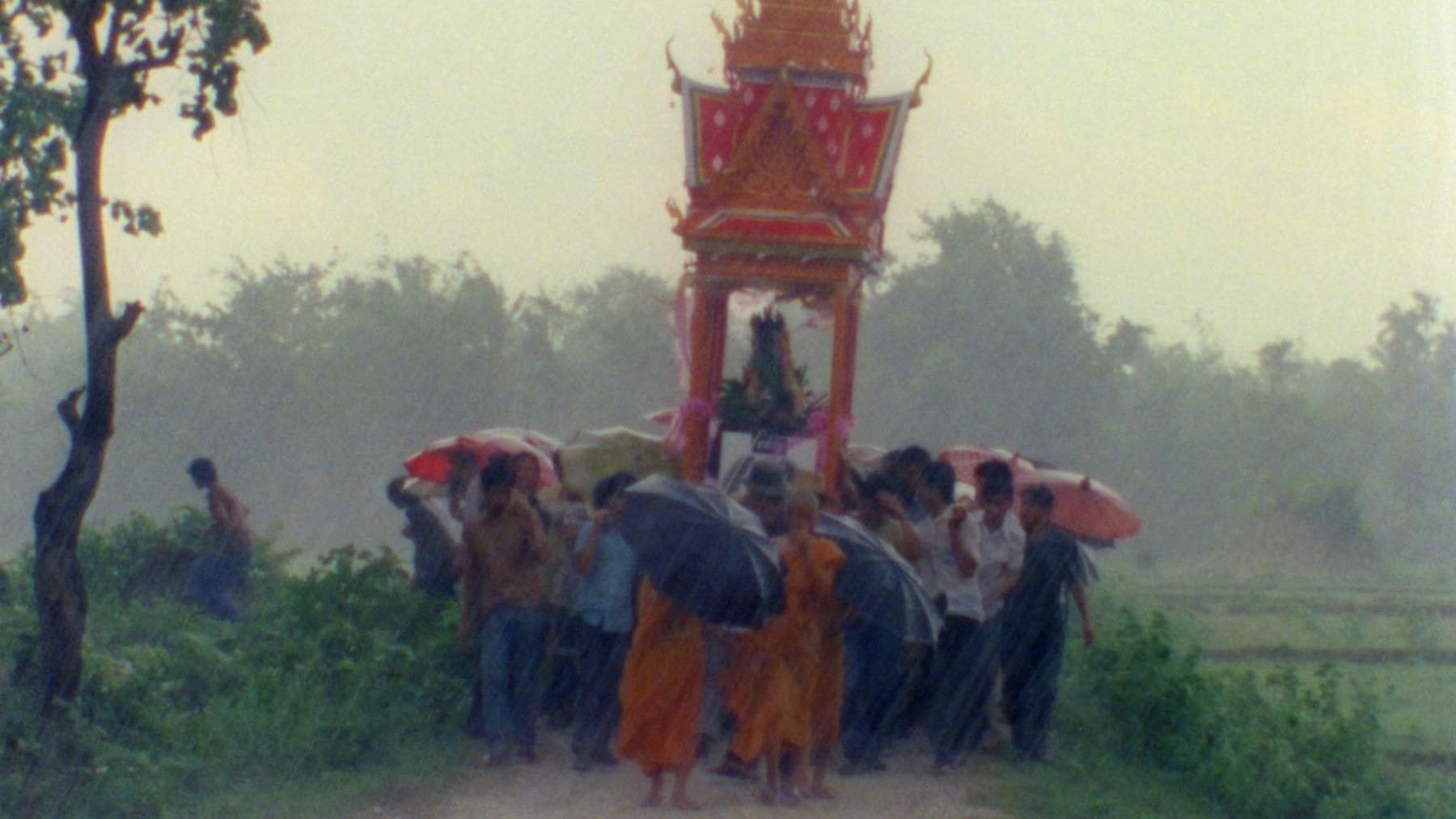 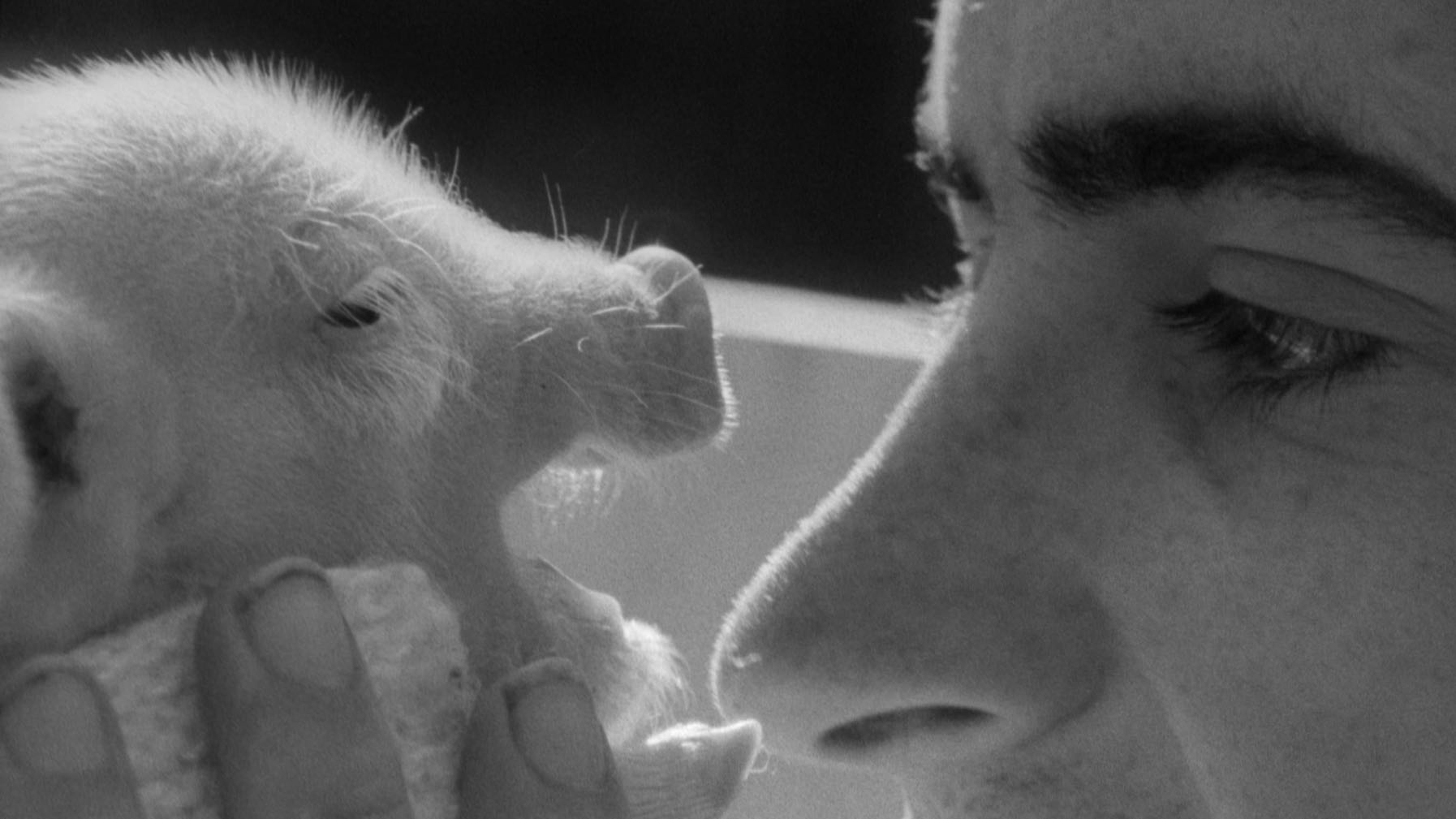 A man is in love with a sow. She gives birth to piglets. He hangs them. Out of despair the mother commits suicide. There follows an analysis of decomposition, the devouring of shit and the man’s death, his body flying through the sky.