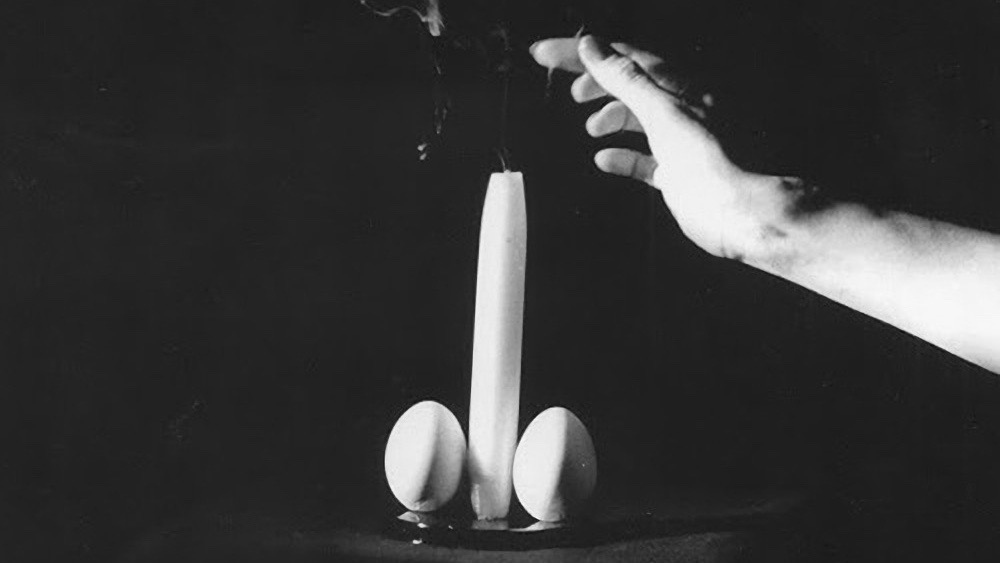 The online premiere is free and available for viewing in Belgium, the Netherlands and Luxembourg. The films with dialogue are always available with Dutch, French and English subtitles. The programme will be accompanied by articles in several languages and will be introduced online by Steven Jacobs, art historian specializing in the relationship between art and cinema.

This film programme offers three films by directors who played a key role in the Belgian surrealist movement. Ernst Moerman was associated with the Paris surrealists, wrote plays and produced one film, Monsieur Fantômas, in which a criminal mastermind, dressed in a dinner jacket, violates mores during his search for the beautiful Elvira. Luc de Heusch was an ethnologist and filmmaker who produced a variety of artist portraits, including Magritte ou La leçon de choses, a film about the Belgian surrealist painter René Magritte, in which pictorial and cinematographic images interact and contradict each other, generating an interplay between the works of art and the way they are staged by the filmmaker. Marcel Mariën was not only an adventurous intellectual who spent time in various surrealist circles, but also a devoted admirer, interpreter and sometimes artistic partner of René Magritte. Mariën's film L'imitation du cinéma provoked controversy when it was released in 1959 due to its suggestive linking of erotic images with a pseudo-religious story about a man who develops a desire to be crucified, including a casual adventure with a prostitute.

Seuls: Short Work 2’ is a collaboration between Avila and Sabzian
With the support of the Flemish government
‘Monsieur Fantômas’ and ‘Magritte ou La leçon de choses’ were digitized by CINEMATEK, the Royal Belgian Film Archive.
‘Magritte ou La leçon de choses’ is a part of the catalog of the Storck foundation.
‘L'imitation du cinéma’ is part of collection of Province of Hainaut, stored at the BPS22 centre in Charleroi (BE).