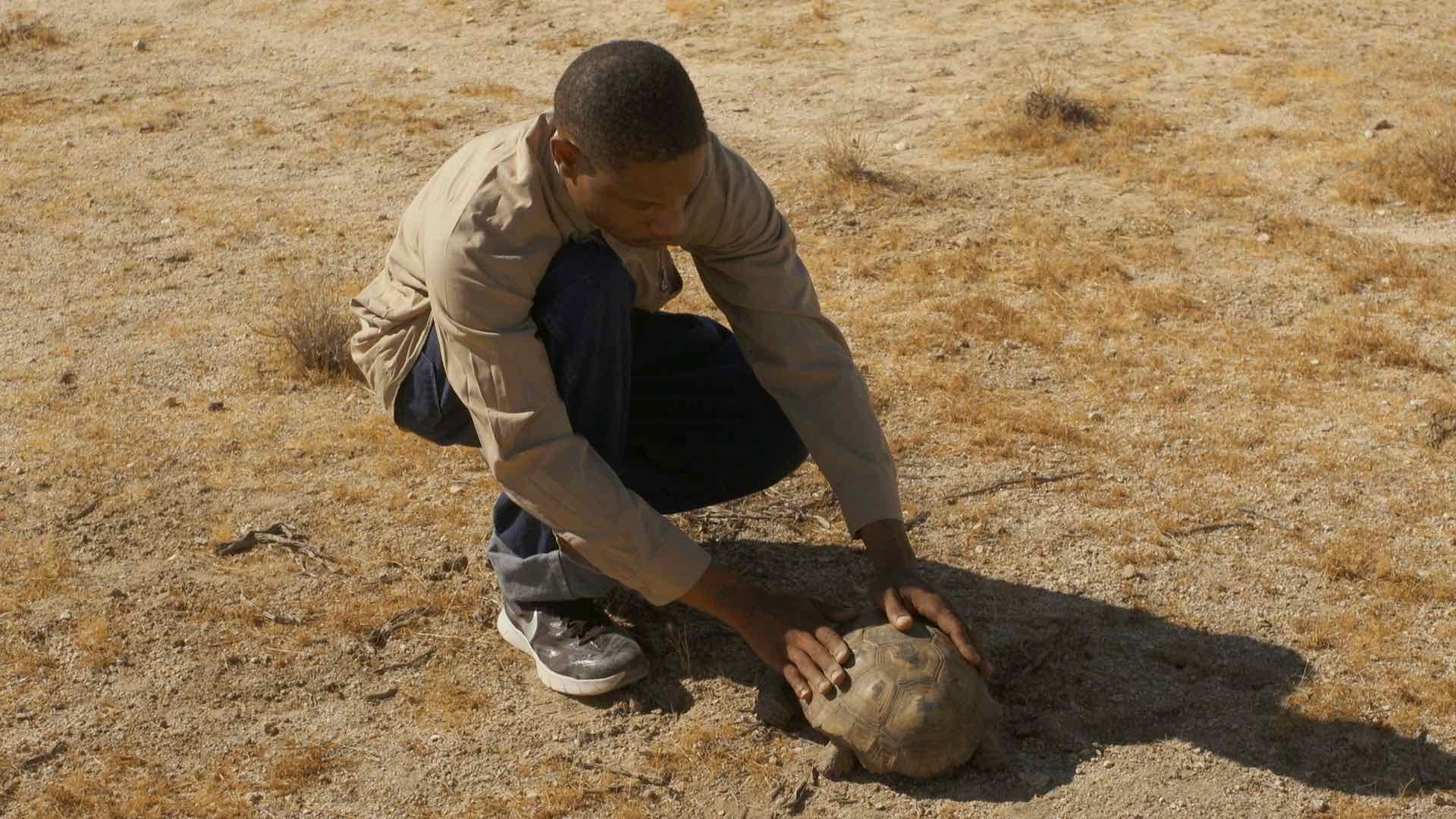 In the desert of Southern California, lies the unfinished city of California City. A predesigned city, originally intended to mirror LA in size and population, but it was never completed. Lashay T. Warren, left behind his turbulent past in LA to make a fresh start within this grid of thousands of crumbling streets. Lashay willfully makes his way through the vast city on foot, he takes shortcuts across the empty lots and trespasses through the golf course. He reports about his encounters with his new and unfamiliar home in a diary, just like the early pioneers did, when they entered a foreign desert country. 'If I keep things in motion, everything will be alright, everything in life will be straighter', writes Lashay in his diary. His walks become less purposeful, merely guided by curiosity, the stimuli of the landscape and the rhythm of his footsteps. Victoria is a film evoking a wandering, in which Lashay, like a contemporary pioneer, draws up his own path and leaves behind his mark.

“Documentaries tend to capture a certain reality. With Victoria by Sofie Benoot, Liesbeth de Ceulaer and Isabelle Tollenaere, it’s different. There’s more. There’s dreams, thoughts, stories, and fantasies, there’s an exploration of an imaginary space: a turtle race, the beauty of water fountains in a dry land, black holes that lead to other galaxies, a past that may be somewhat shady, a future that might hold a promise. The film captures the everyday comings and goings of Lashay T. Warren, a young Black man from Los Angeles who has moved to California City, a huge, albeit decrepit place in the desert. At the same time, it immerses into Lashay’s ideas, dreams and reflections, renders them palpable, sharing authorship with him. While moving through the arid scenery, the film evokes the history of the European settlers in America in a casual manner, and it also alludes to film history with all its quests for a better life and its frontier mythology – and again, it does so in a very subtle fashion. The result is a rich and multilayered film, a perfect blend of humbleness, complexity and beauty.”