As Long As Shipbuilders Keep Singing 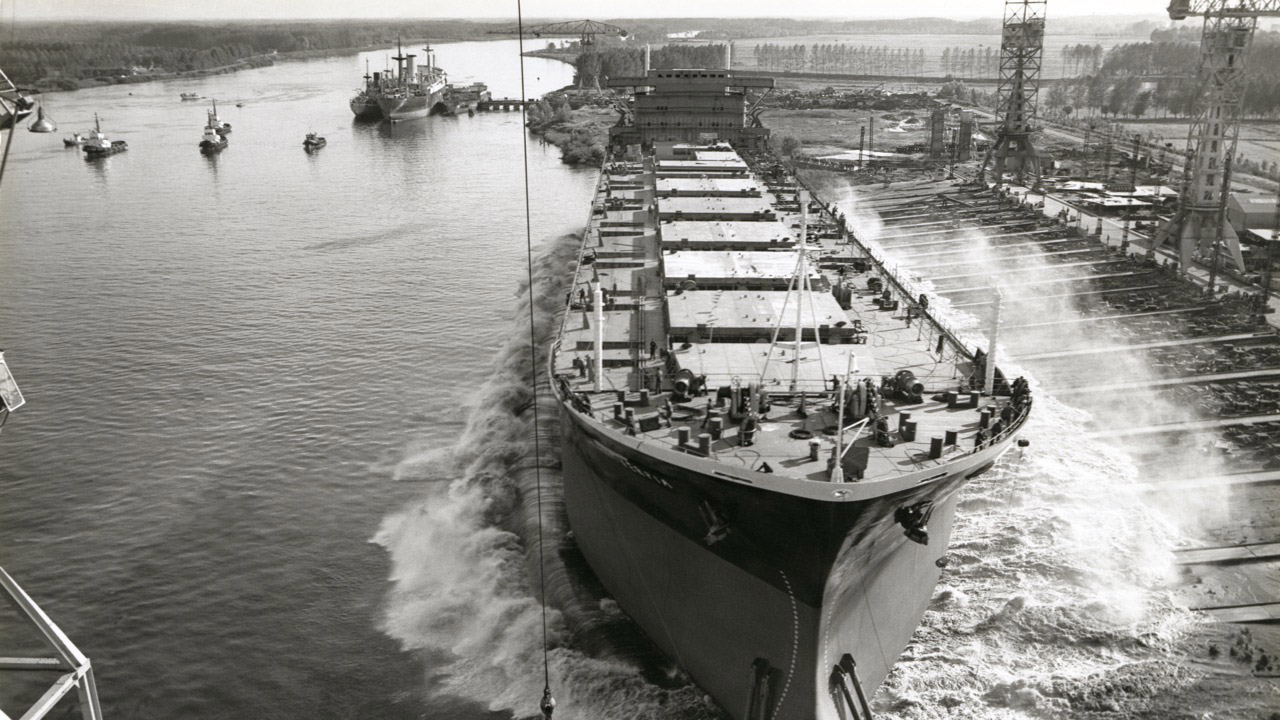 With the last ship launched from the Boel shipyard in Temse, the construction of seagoing vessels in Belgium came to an end. This documentary chronicles an industry from its early (wooden boats) to its final days (sophisticated ships) and at the same time recounts a chunk of socio-economic history. Unbridled faith in growth gives way to doubts.

First part: Champagne! (1829-1969) | 86’
1995: company lock-out, the death knell of the shipyard is rung. This emotionally charged diagnosis sharply contrasts with the story of the company’s growth and prosperity. The tonnage of the ships is increasing. Wooden boats become sophisticated gas tankers. The number of employees, “yard numbers,” increases. More than 3,000 of them. At the shipyard the ships grow from keel to crow’s nest, from top to bottom.

Second Part: Elation (1969-1986) | 81’
These are the wonder years! A just and righteous world is within reach, social relations are changing… The class-conscious worker not only stands up for his rights against his employer, there are also tensions with the official trade union big shots. Combative syndicalism is gradually replaced by consultative syndicalism. At same time, the company gets into difficulties.

Third Part: Hangover (1986-1997) | 83’
Virtually bankrupt, then really bankrupt, occupation, bankrupt again, second occupation, liquidation, the last ships… When giving an account of this process of dying, questions on “labour and future” emerge. For fear of seeing our material welfare, we no longer dare to ask ourselves the question what is meaningful labour.